Toguz Korgool is a redesign of a board game that has been played in Central Asian countries for many centuries. This new design is meant to look appealing both when it is being played and when it is not in use. When not being used it is a beautiful object with 20 faces. The faces are connected with hinges and magnets so that the whole body can be folded and unfolded easily. The entire process also provides an engaging experience in the first place. 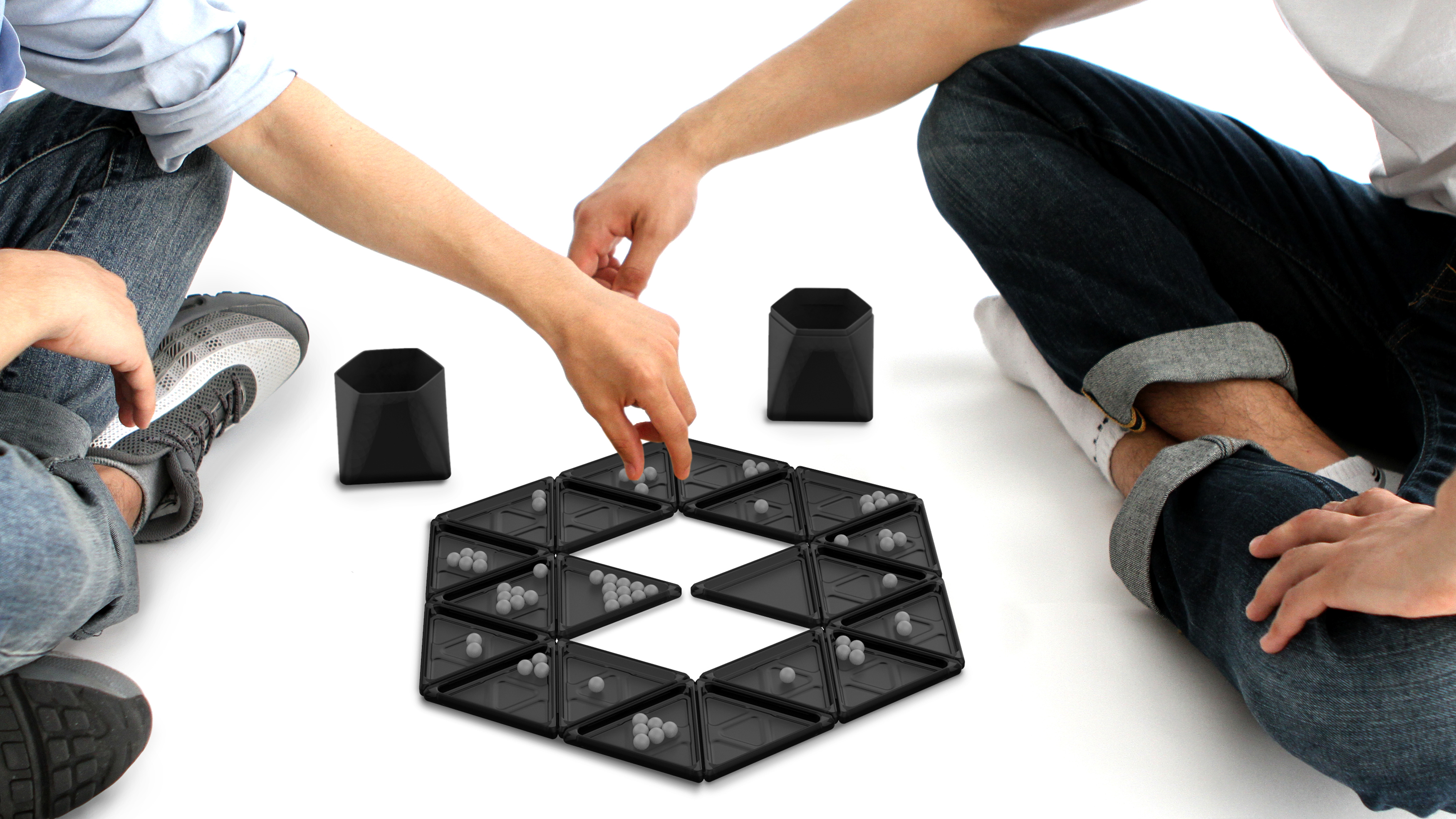 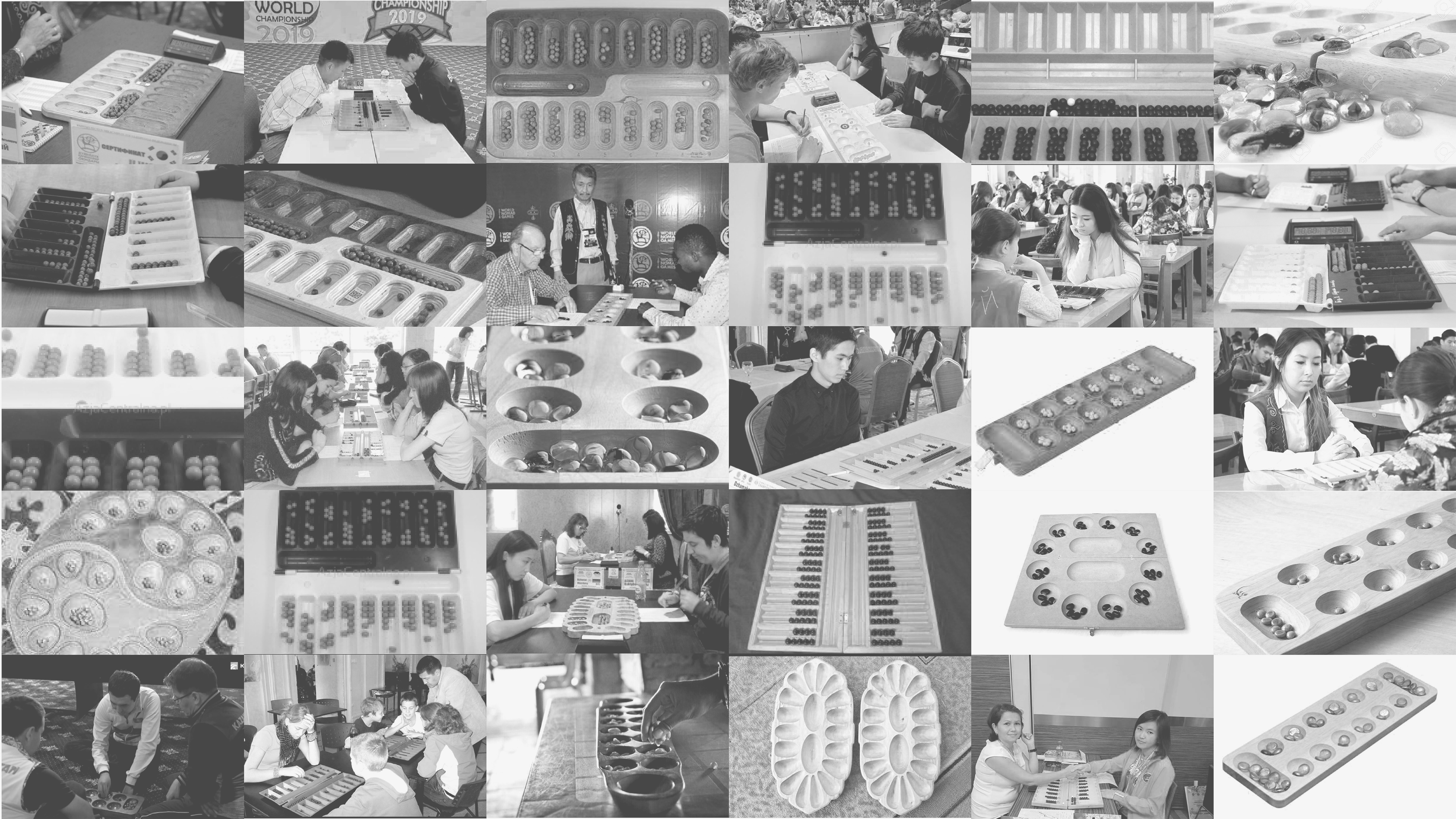 Toguz Korgool is a national intellectual game that promotes strategic learning, develops a vision and stimulates brain activity. During the game, opponents have to use all four basic mathematical actions, and the faster you count, the more profitable it is. But the game is built not only on the speed of counting but also on game tactics.
The root of the game comes from mancala board games. Toguz Korgool has been played in Central Asian countries for centuries and the design of the board still remains uninteresting and straight forward. The game is played in Kazakhstan, Kyrgyzstan, Tajikistan, the Republic of Karakalpakstan in Uzbekistan, Turkmenistan, parts of Russia (Altay, Khakassia, Sakha, Tartaria, Tuva), by the Kazakh minority in western Mongolia and in north-western China.

How can we reshape the design of Toguz Korgool to bring a modern and authentic look to the game?

Exploring different «how might we» questions gave a good starting direction for the design which has been related to the meal as a ritual to connect with people. In fact, there are many statements that food nowadays has become more than just a means of survival but more as an asset to connect with others.
Why? To connect family members, friends and relatives to maintain a sense of community and belonging. How? By connecting people with a meal which is a ritual of being together with close people. What? Product which is specifically designed for people who pursue a busy lifestyle and which will assist in reminding and connecting to family, relatives and friend

Knowing the fact that the new design has to have features of a beautiful decoration I looked for different shapes which will represent the 20 reservoirs of the original board game. It was also very important that the design would be transformable into a board game. Finally, an icosahedral (a shape with 20 faces) was a point of inspiration to develop the design.

Concept development has begun with a challenge of how to utilize the icosahedral shape in the right way. After several idea iterations, the decision was made to divide the form into two parts and use them as a board. As a matter of fact, two players can have their boards visually separated to give a feeling of ownership. 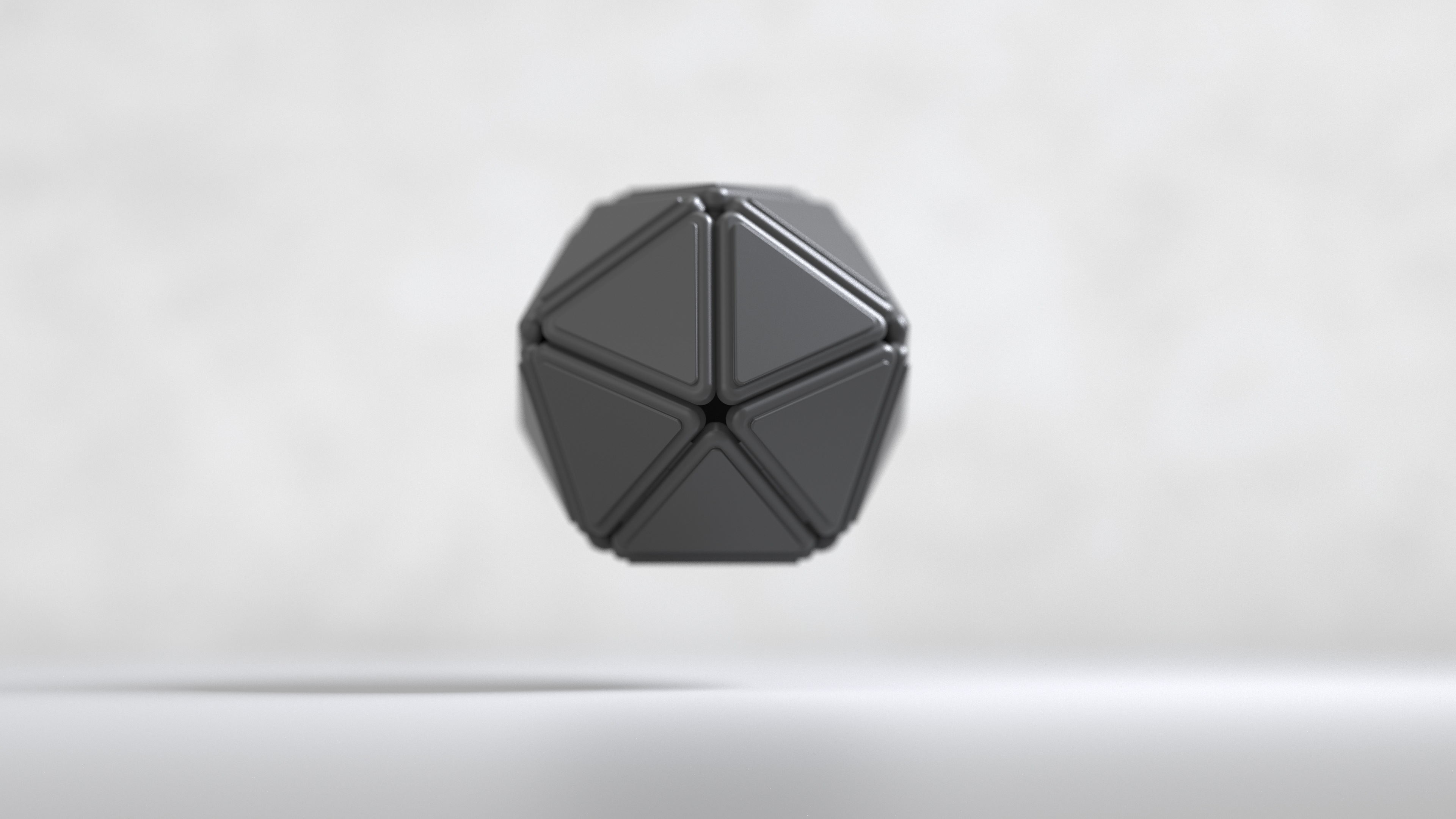 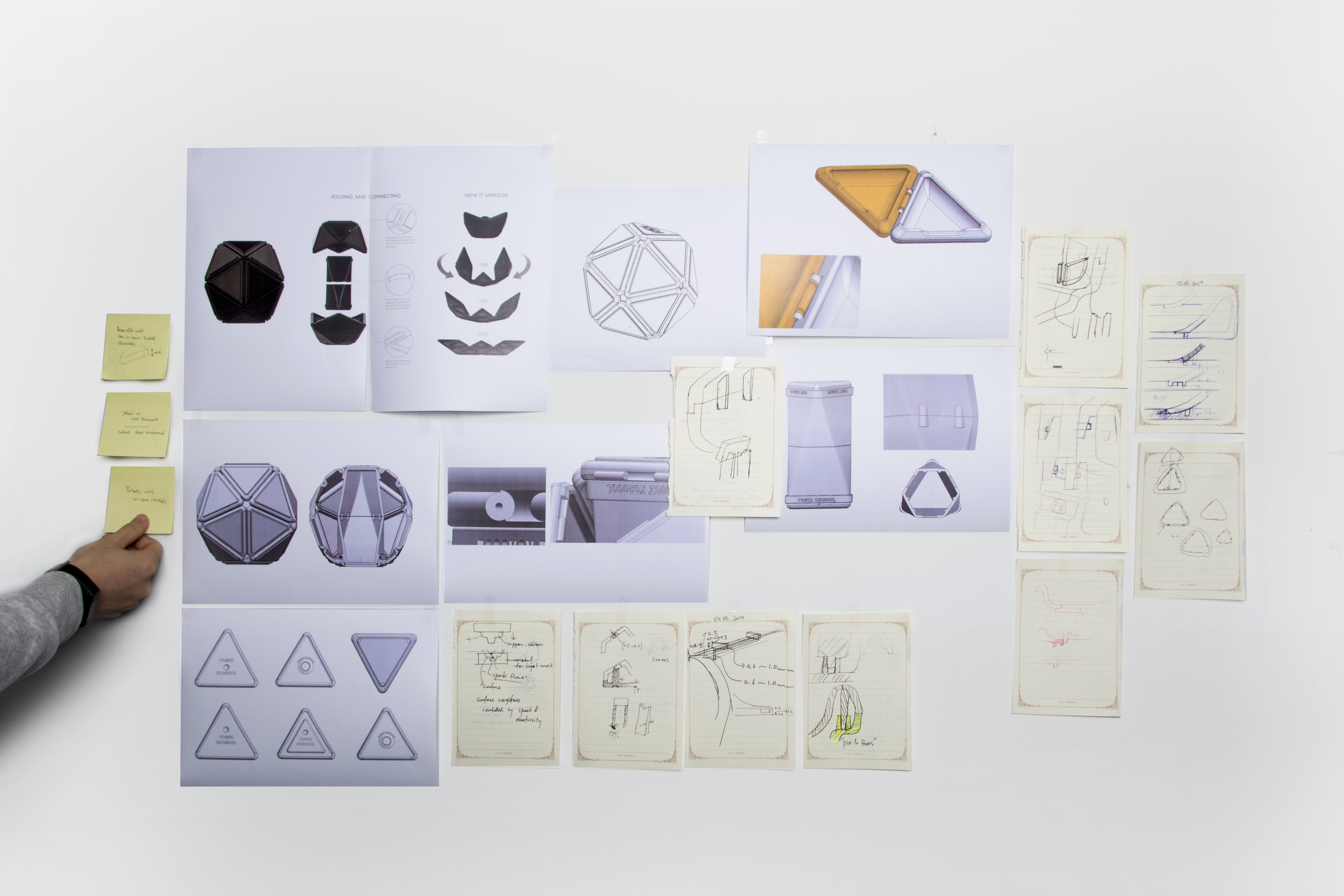 Unfolding the product gives a whole new experience to the user.

The product has been divided into four parts. The two main flat boards of the game are located on the top and bottom cover and the main reservoirs where the balls will be collected are located inside the product.
The user will get a whole new experience of starting the game by enjoying the joyful experience of unfolding the board with magnetic attachments. 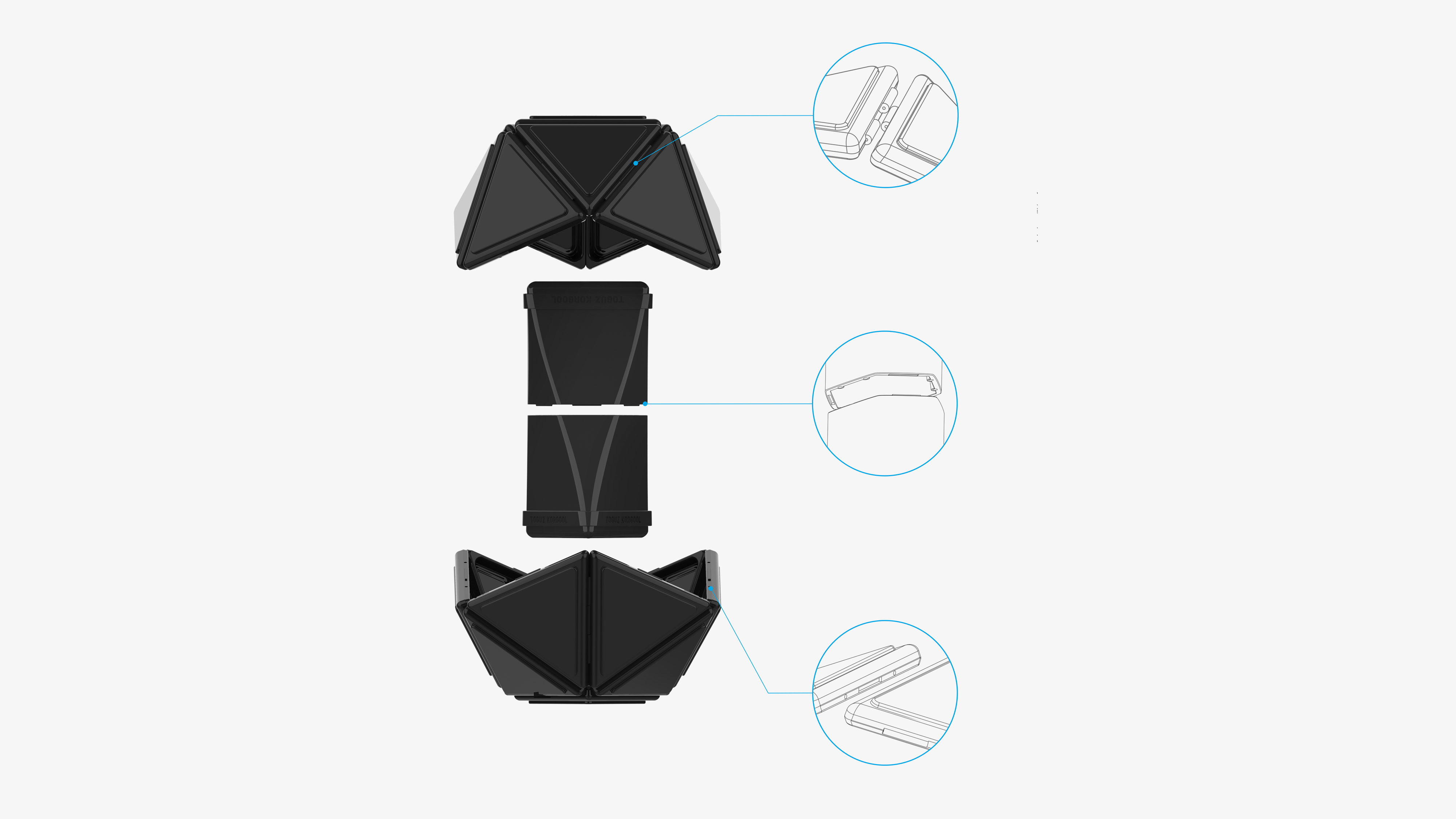 The main two reservoirs are also connected with magnets and inserted inside the main shape. They will serve as the main support to keep the body balanced and fixed. 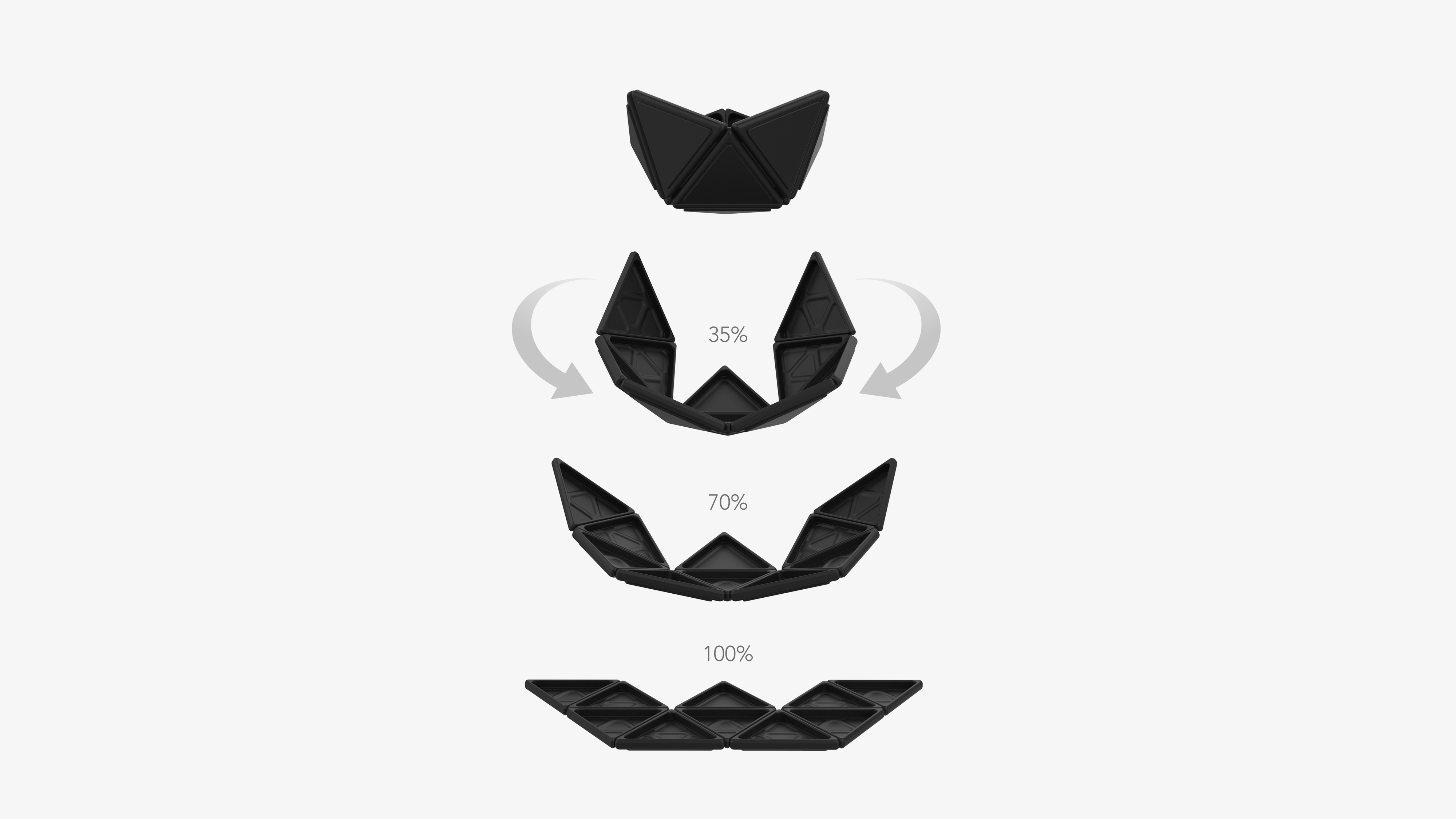 Parts will be easily unfolded and lay flat on the ground. The folding degree in the triangles will not allow exceeding a certain point of folding.

Design which brings people together.

One of the visions of the design was to create a design which will attract people to interact with an object and ultimately use the product as a mean of communication with each other. 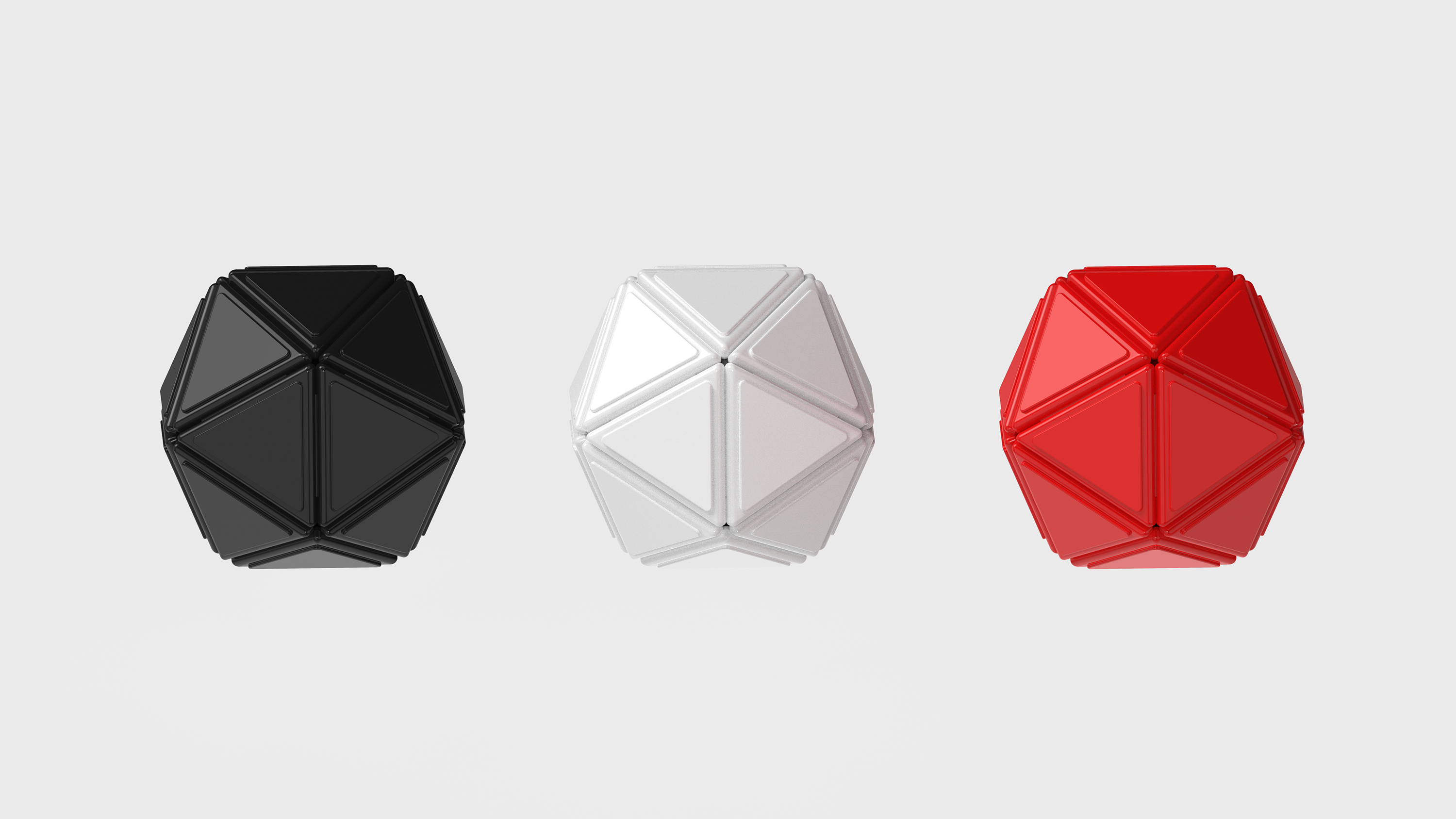 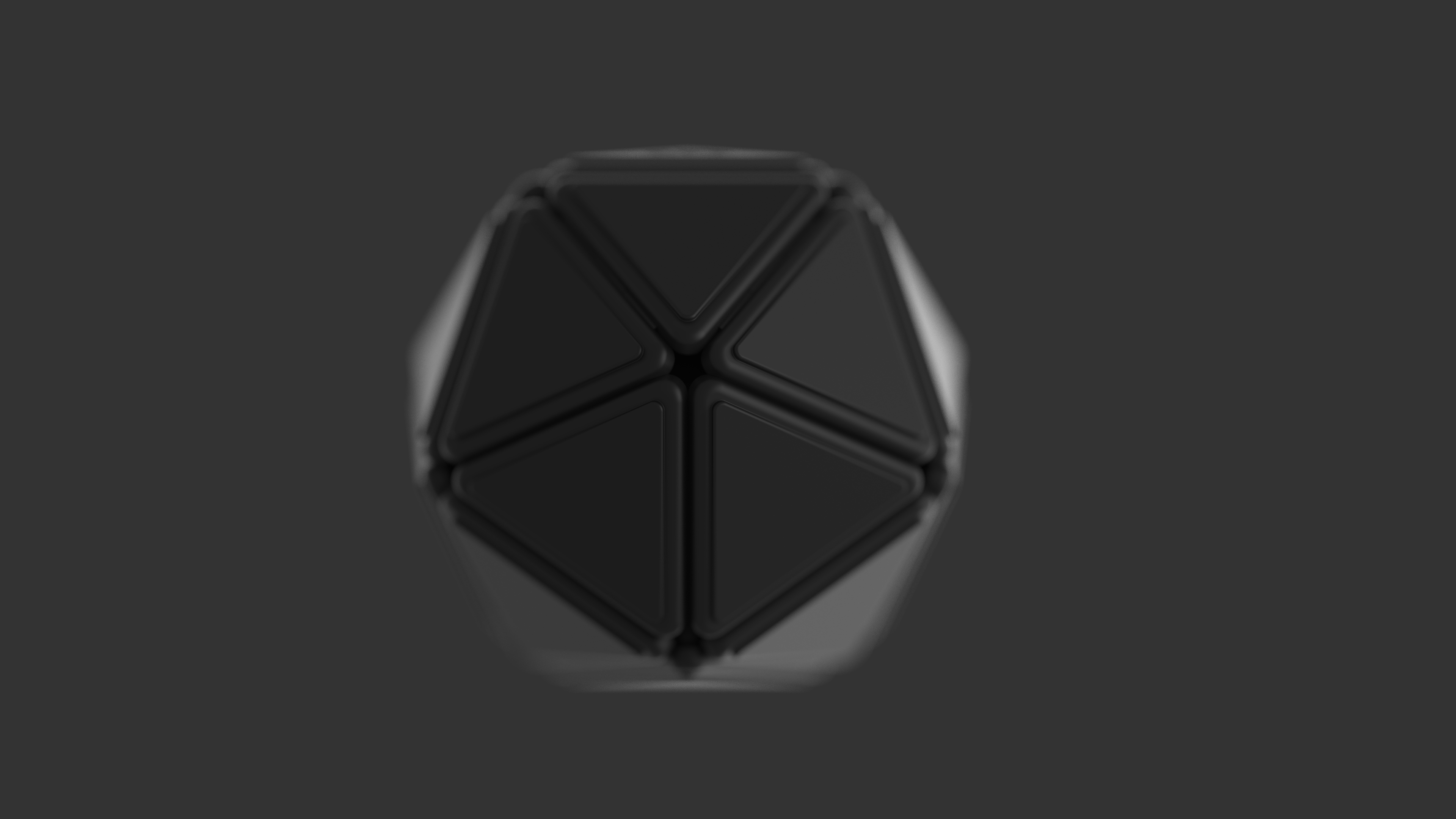 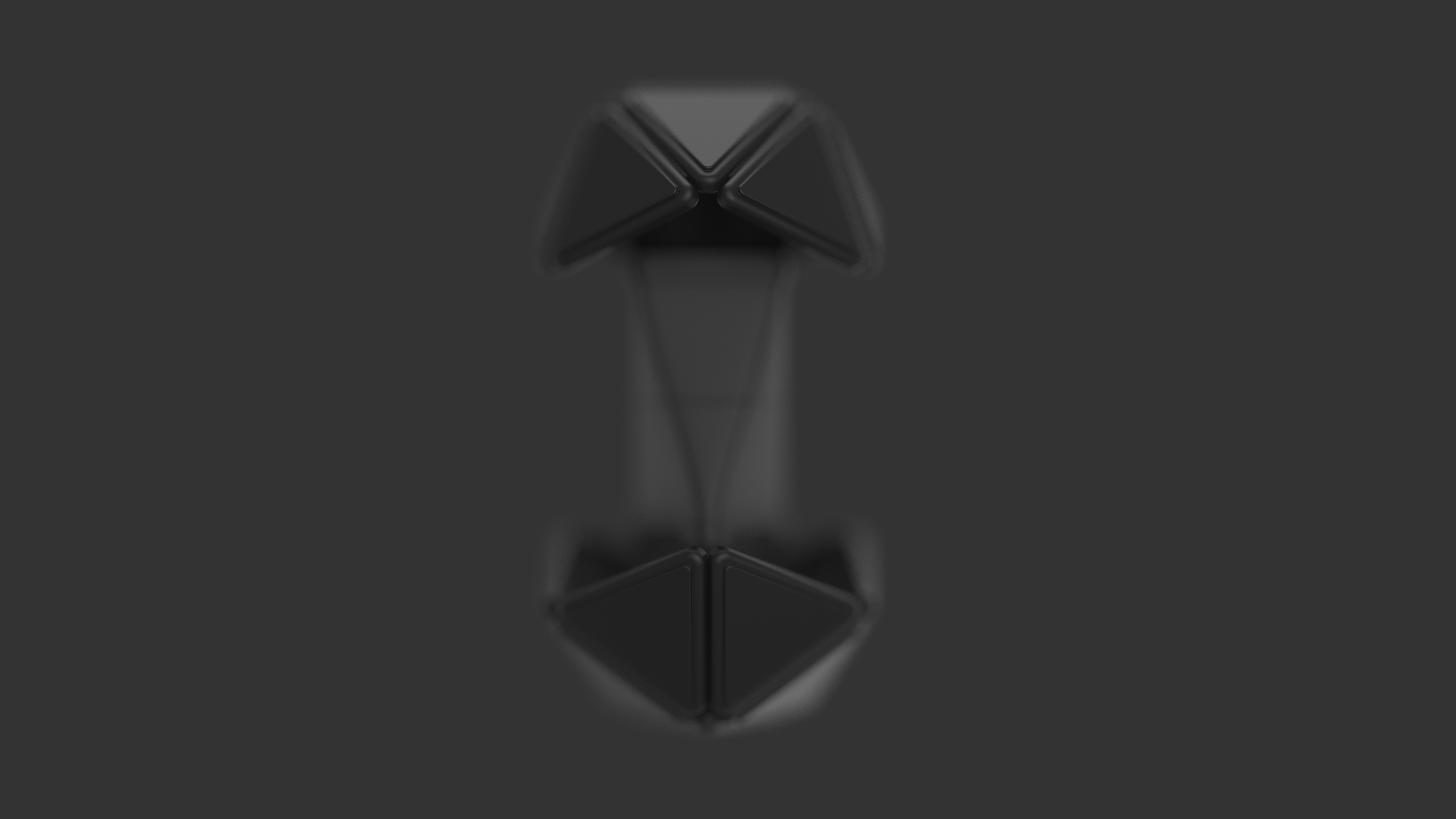 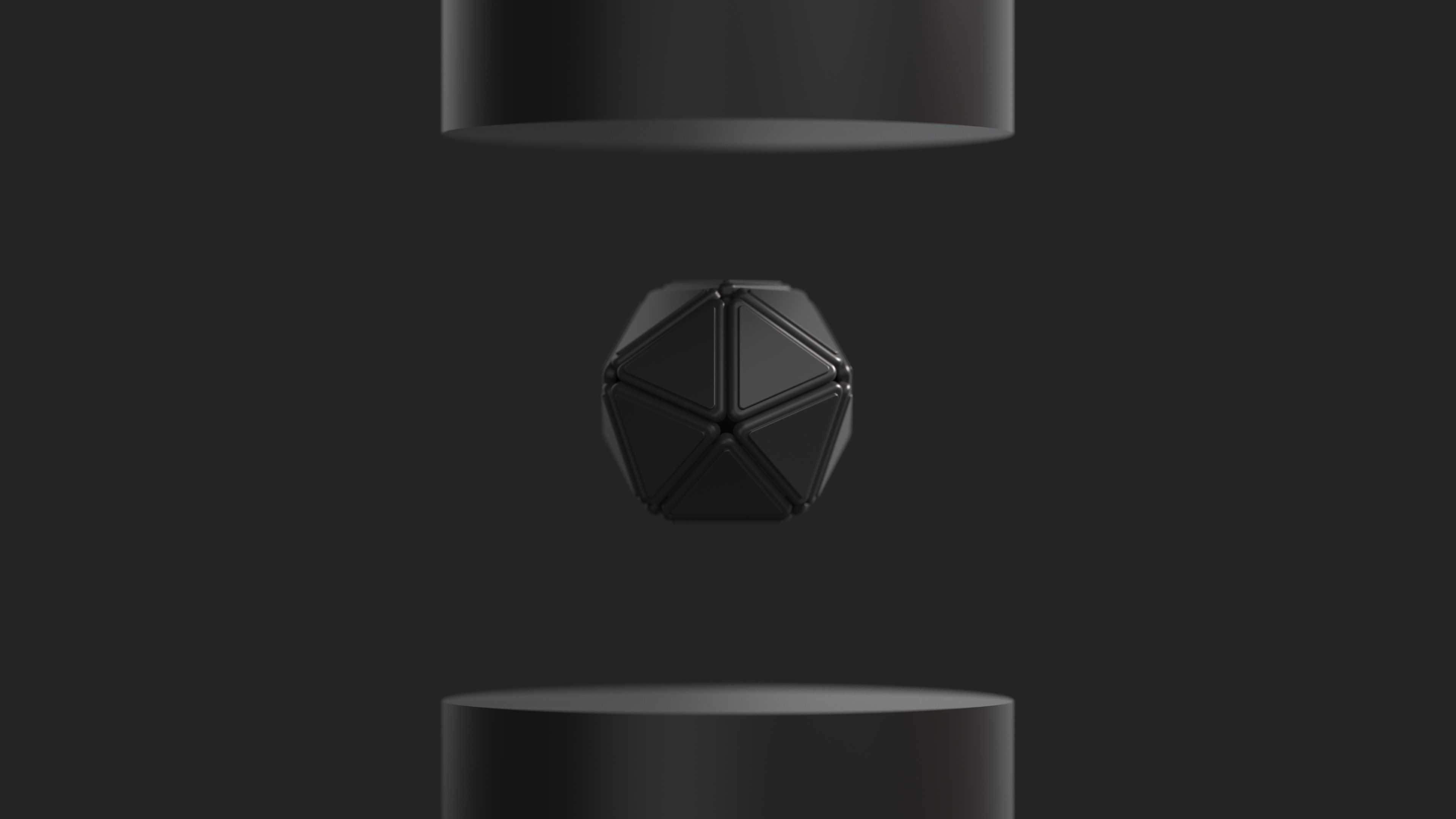 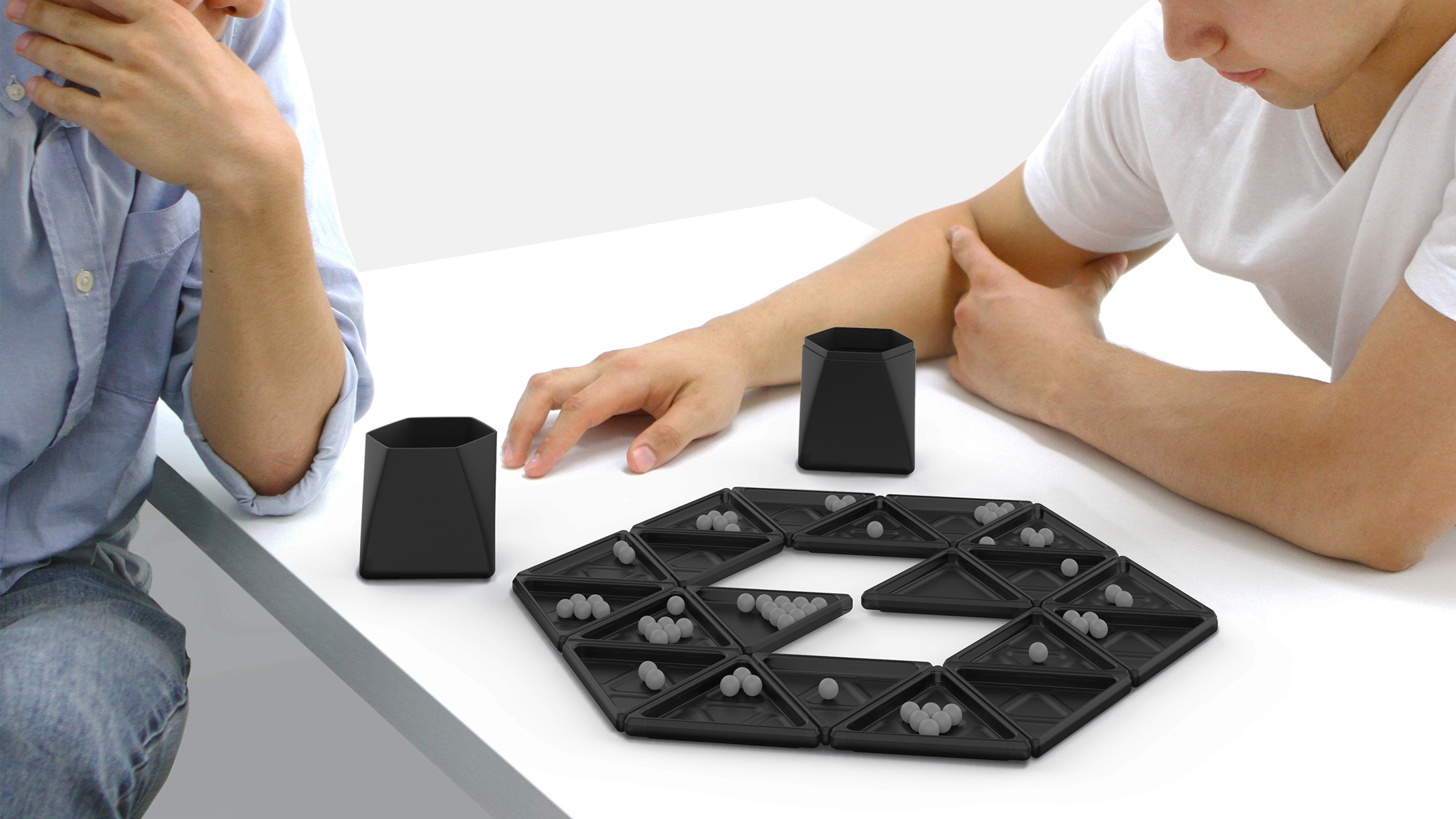 Early form exploration to find the optimal way of unfolding the icosahedral shape.

As a part of a design process paper, mockups were utilized to find the best way of unfolding the shape. Quickly testing the ideas gave a big picture of how the product will function at the end. 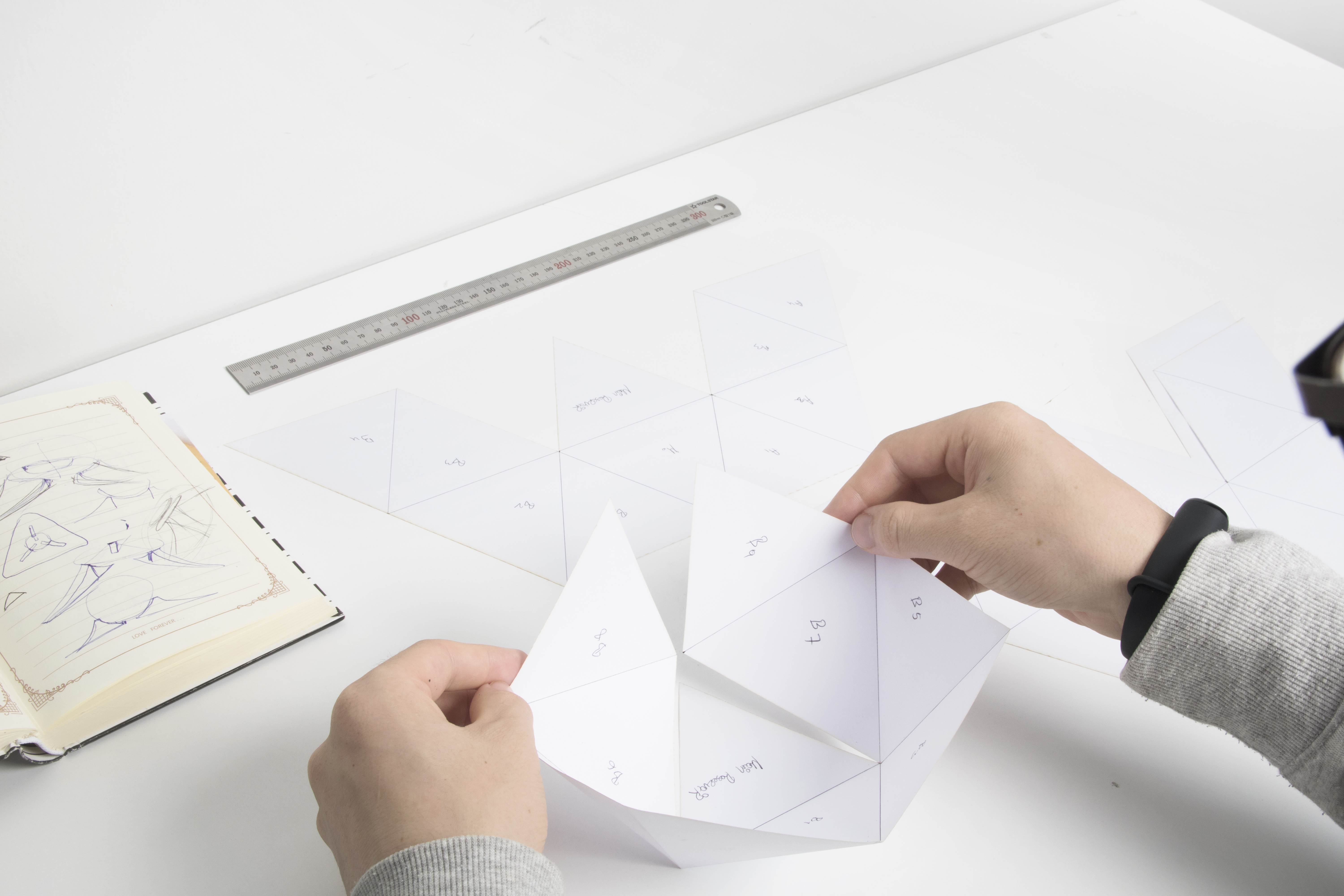 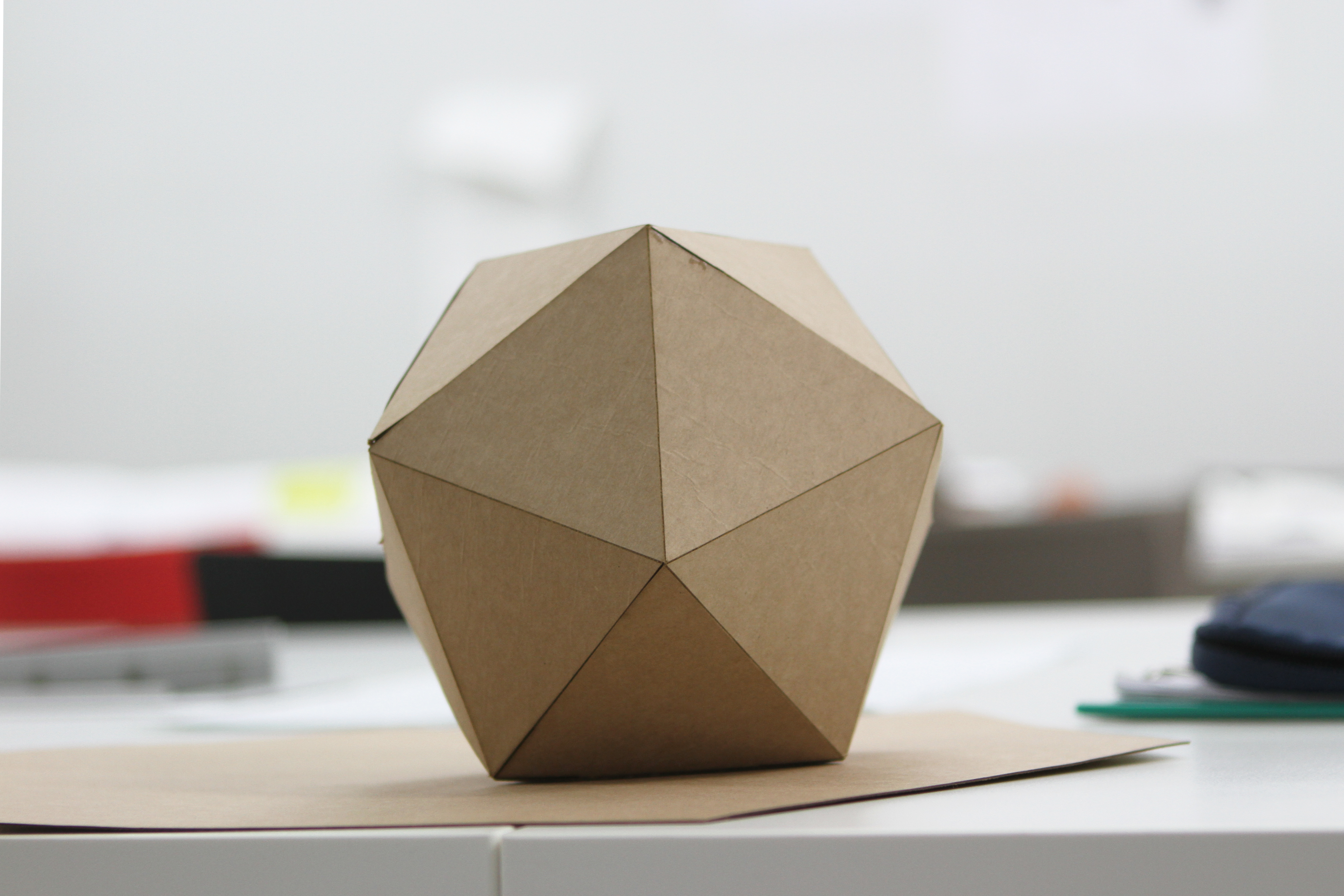 Implementing the magnets into the form. 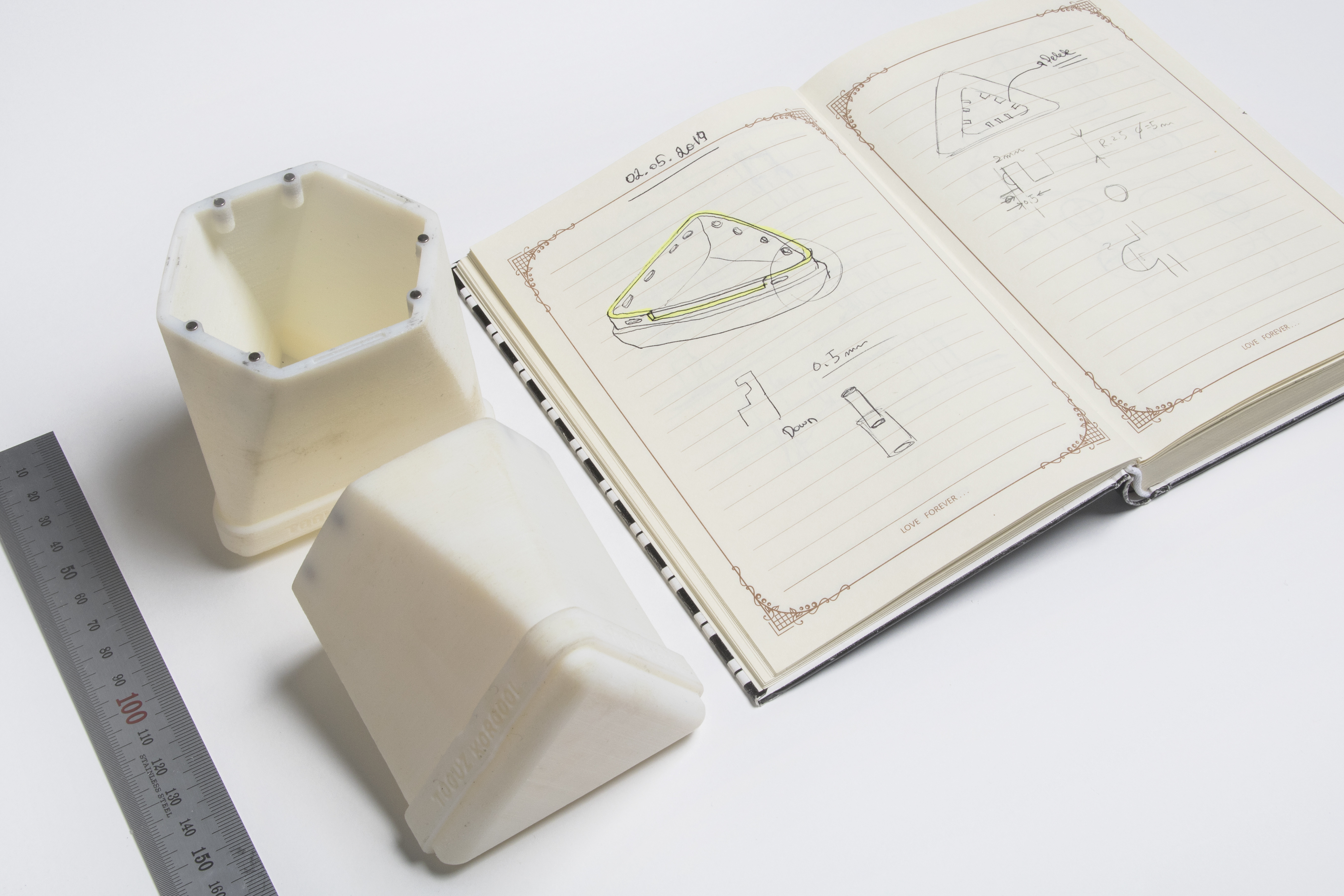 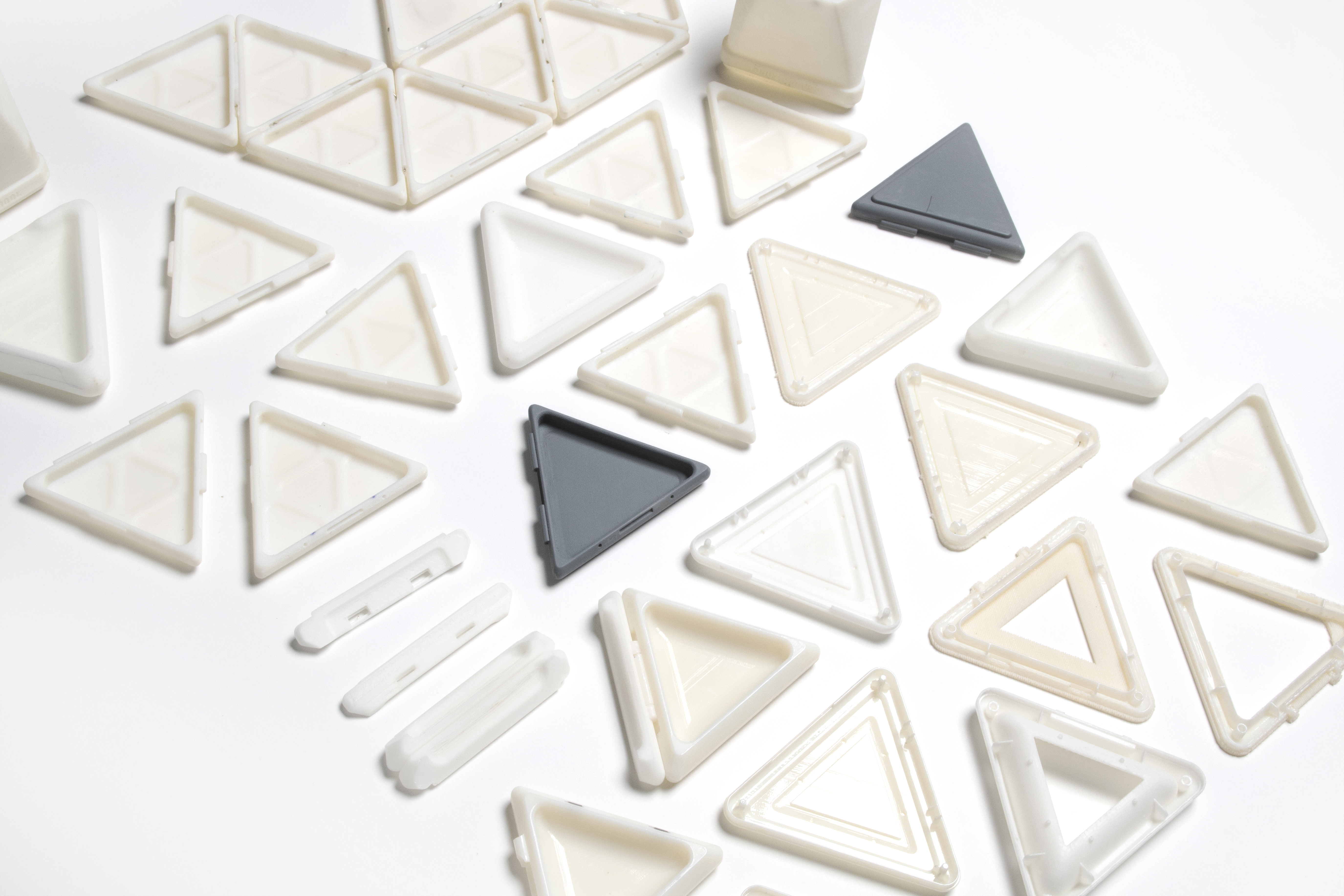 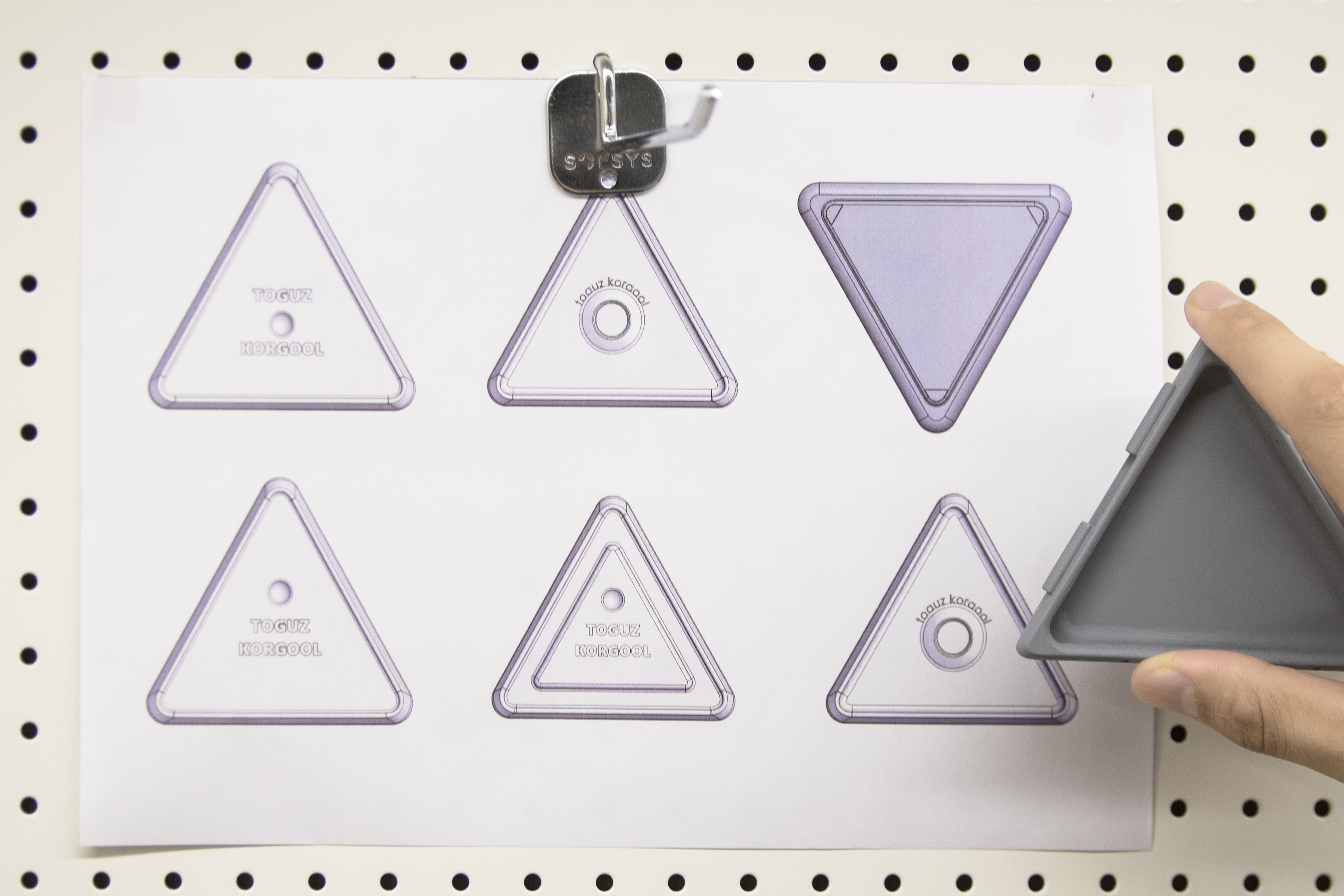 The new design of Toguz Korgool can be used as a great decoration element at home. It breaks the tradition of keeping the board games somewhere invisible which will be forgotten unless it's seen by good luck. By making this product both appealing while it's played and when it's left out we can remind people that the product exists and is ready to use. 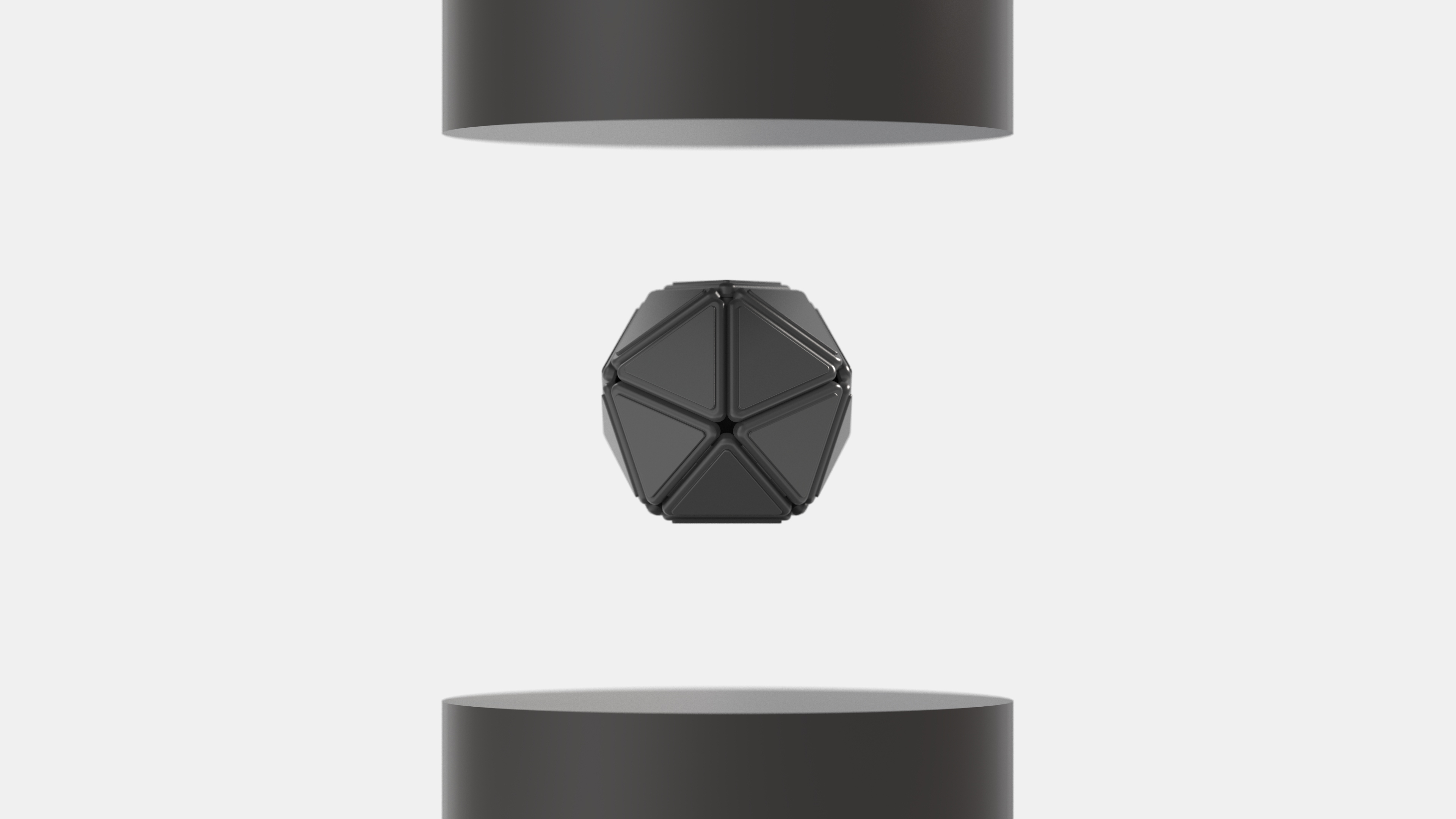 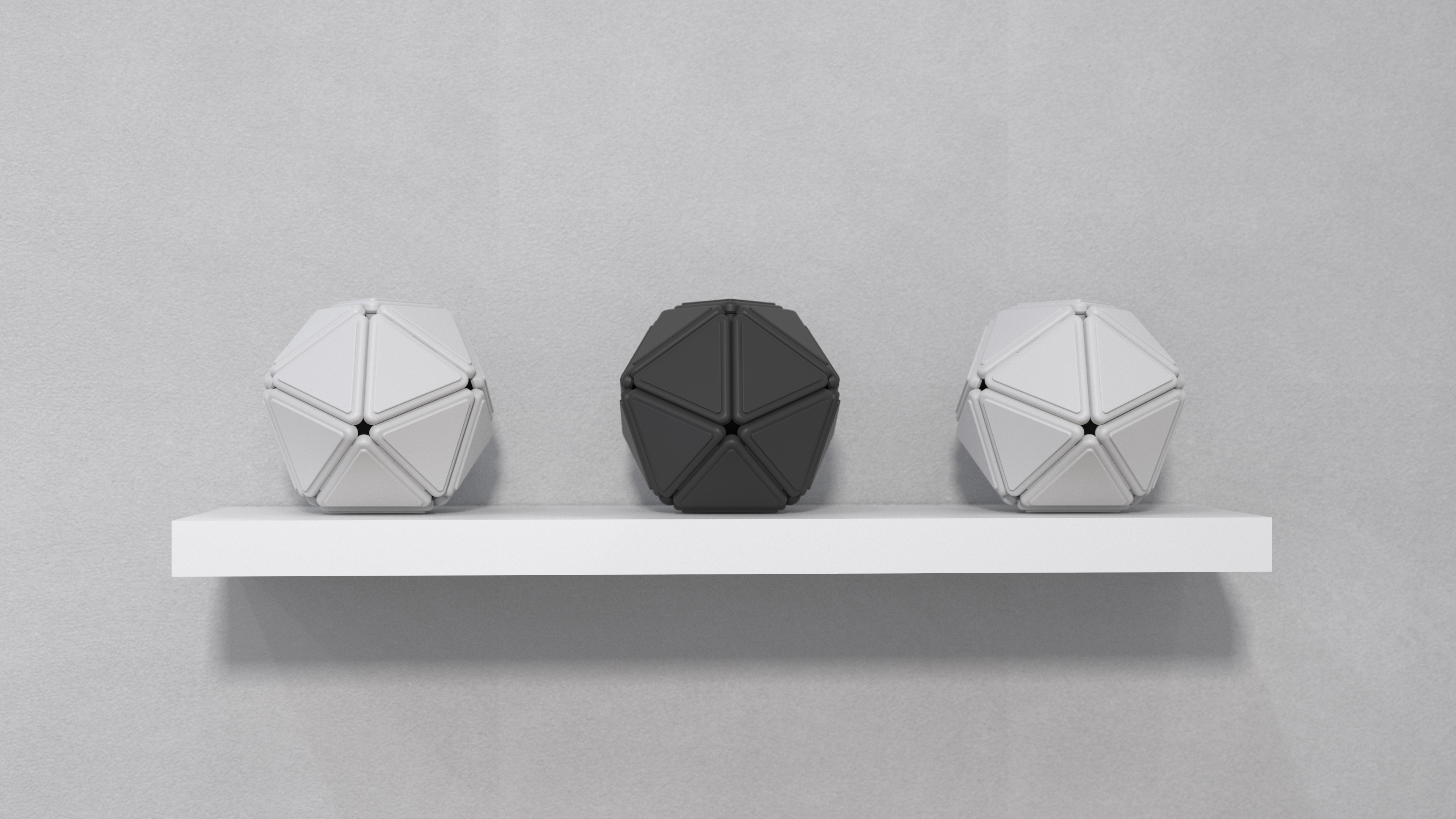 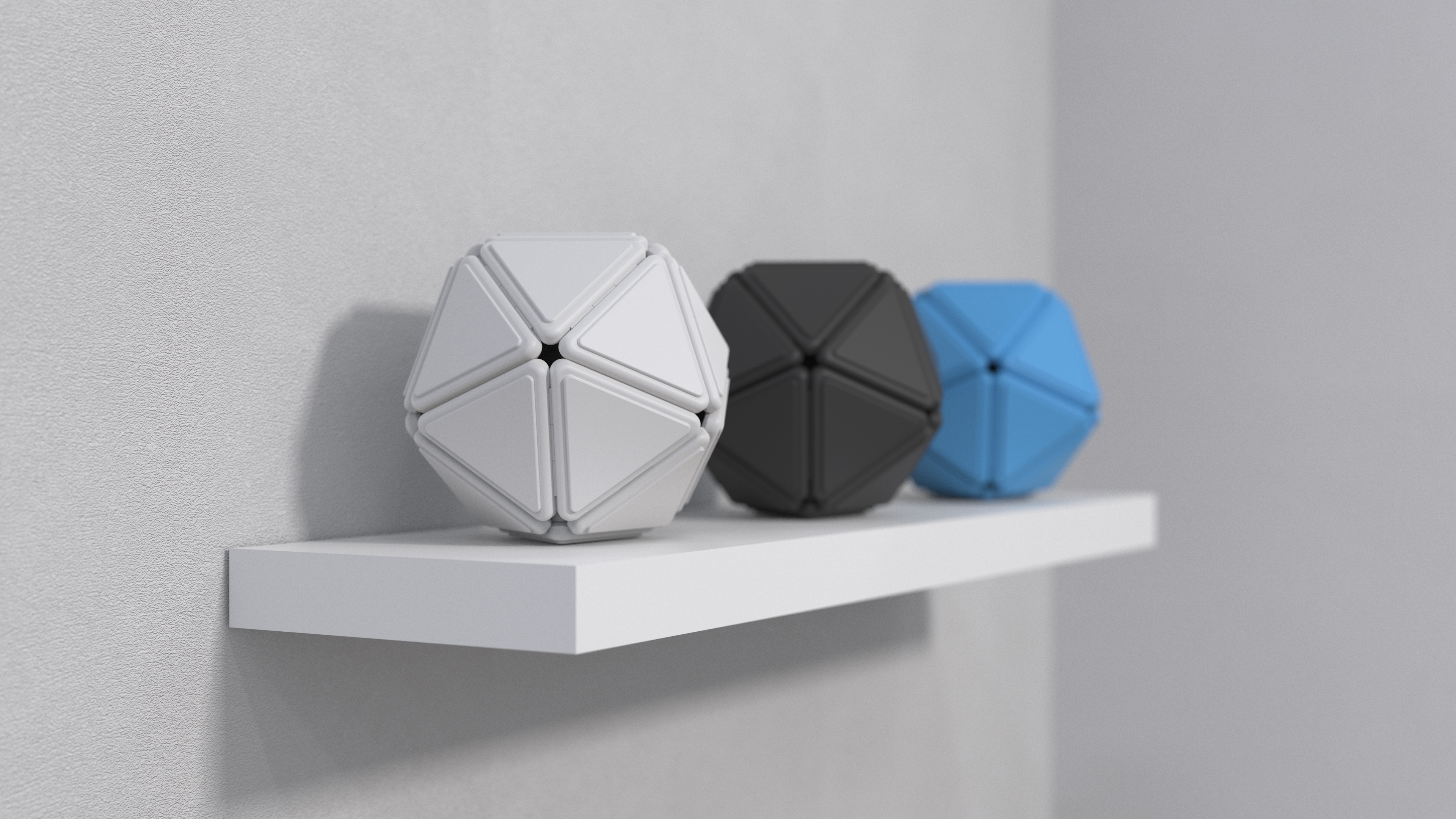 Developing stop hinges for the better folding experience of the main form.

Development of the hinges considering the stop angle of folding. One of the challenges during this stage was to develop a hinge which will be as small as possible and not catch too much attention of the user. As a result, several working prototypes were considered to proceed further. 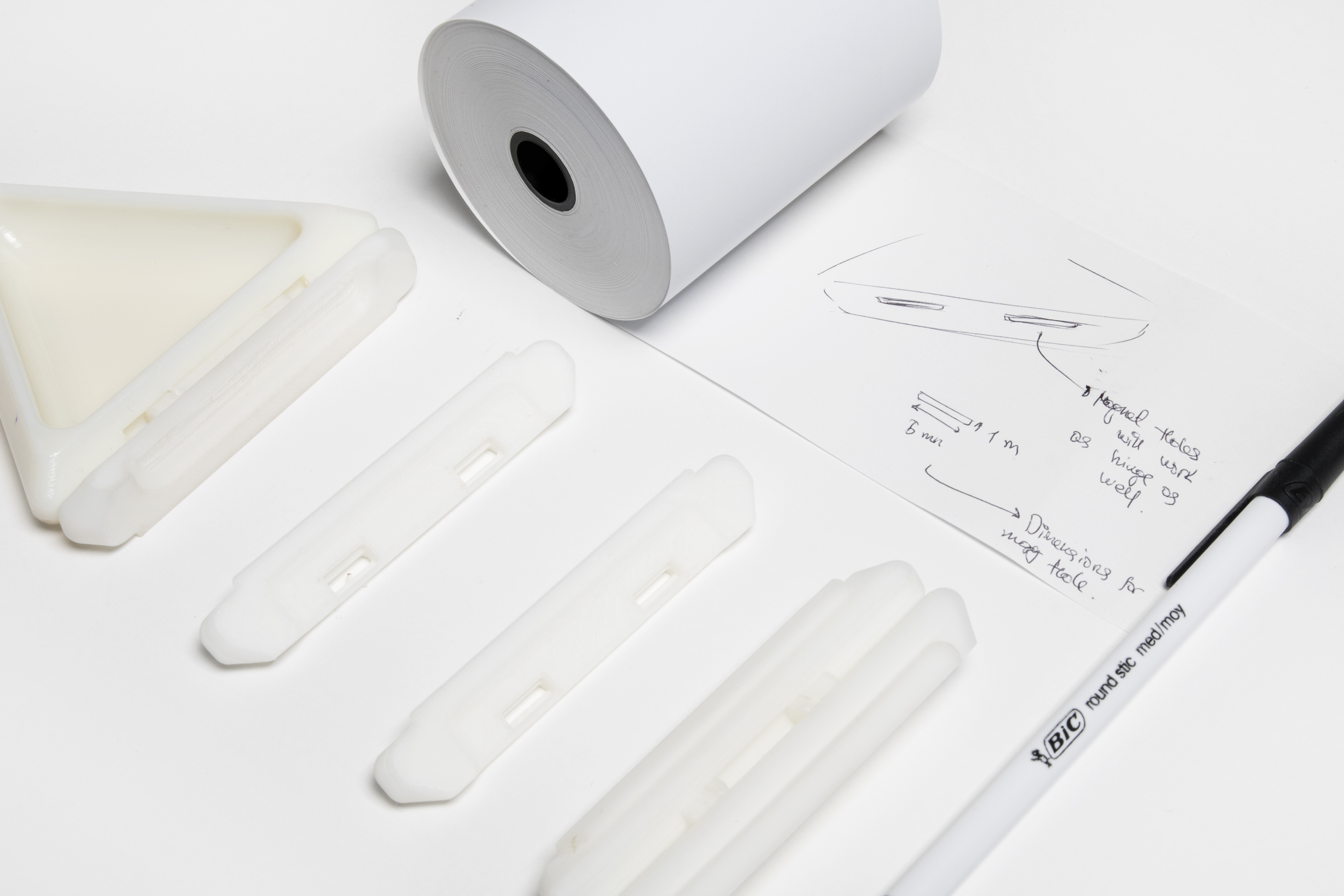 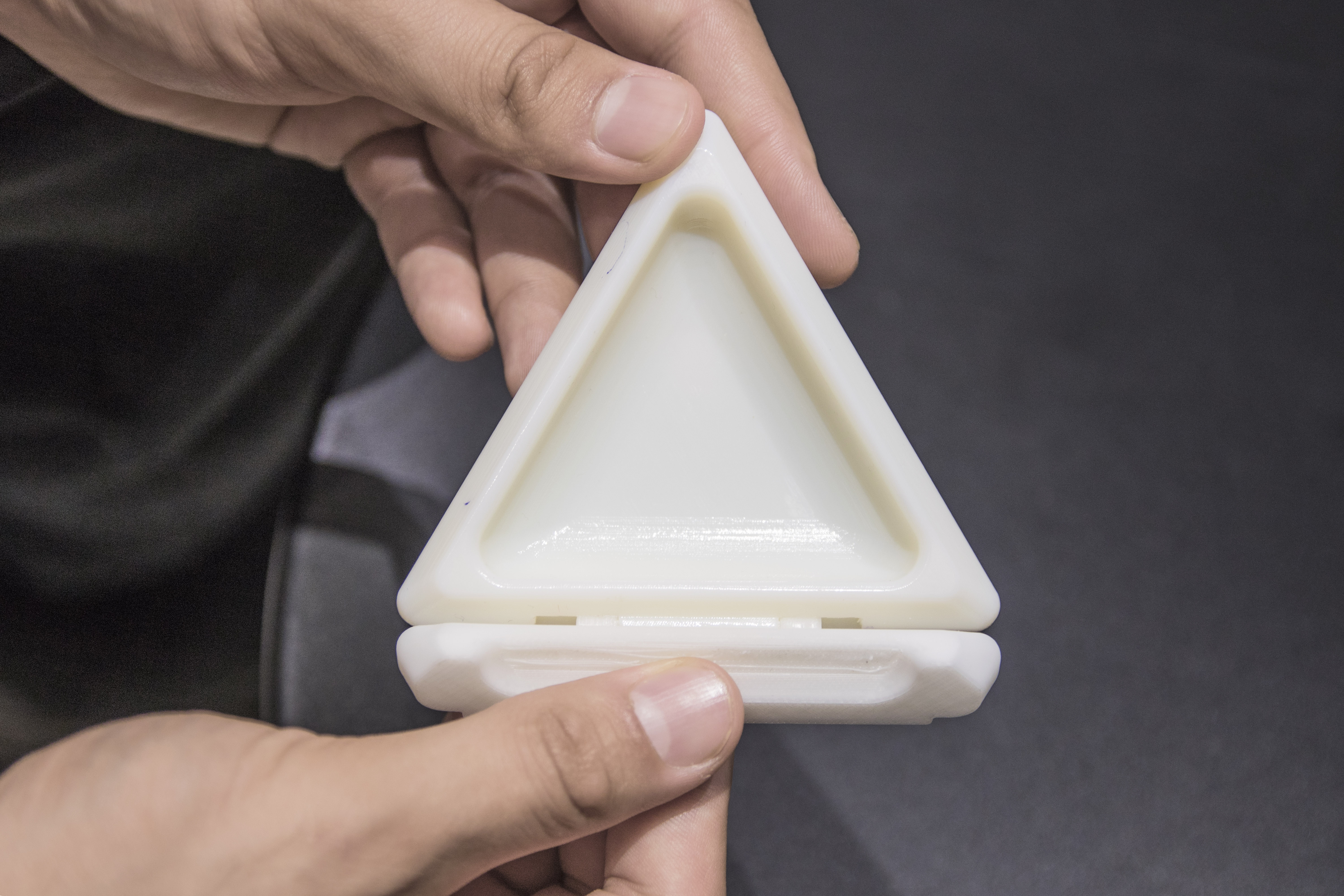 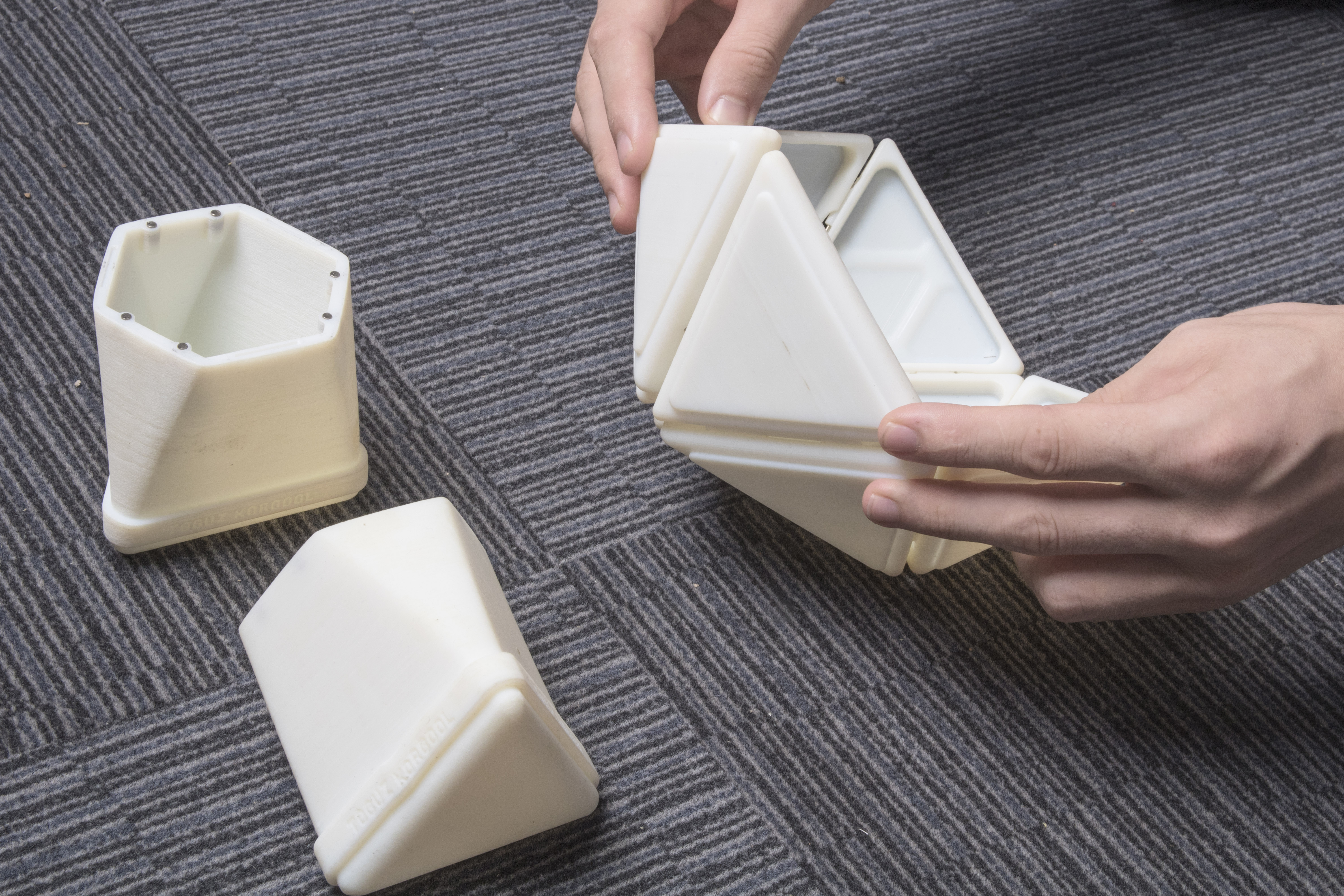 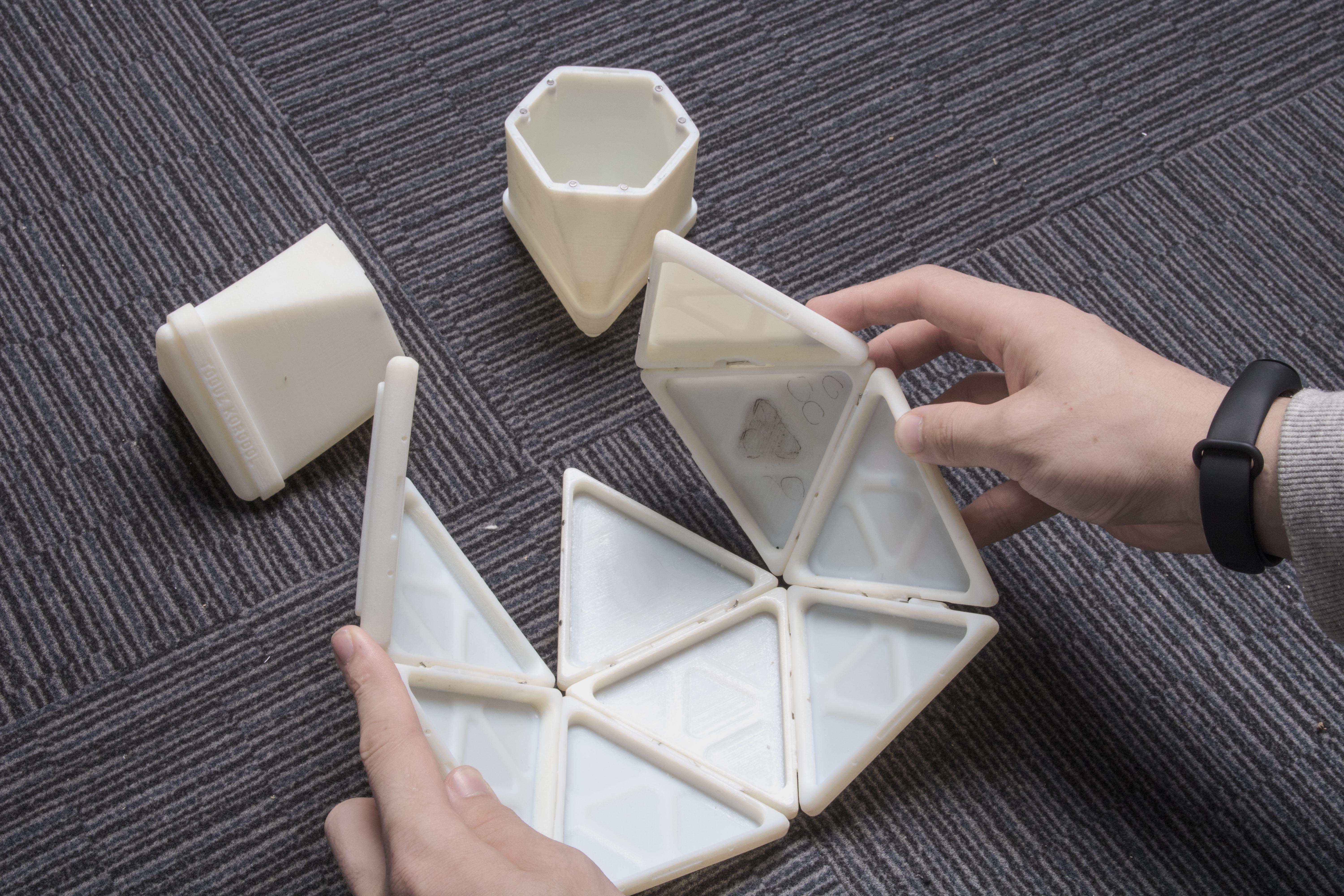 The concept of Toguz Korgool has been taken into the design for the manufacturing process. During this process, works as a design for injection mold, consideration of assembly-line, dimensional tolerances, raw material, and finishing were reflected. As well as, the models have been developed for the manufacturing process by considering wall thickness, draft angle, ribs, pins, etc. The whole model consists of 9 different parts for molding. The triangular reservoirs have two molded parts which will later be connected in the assembly line. 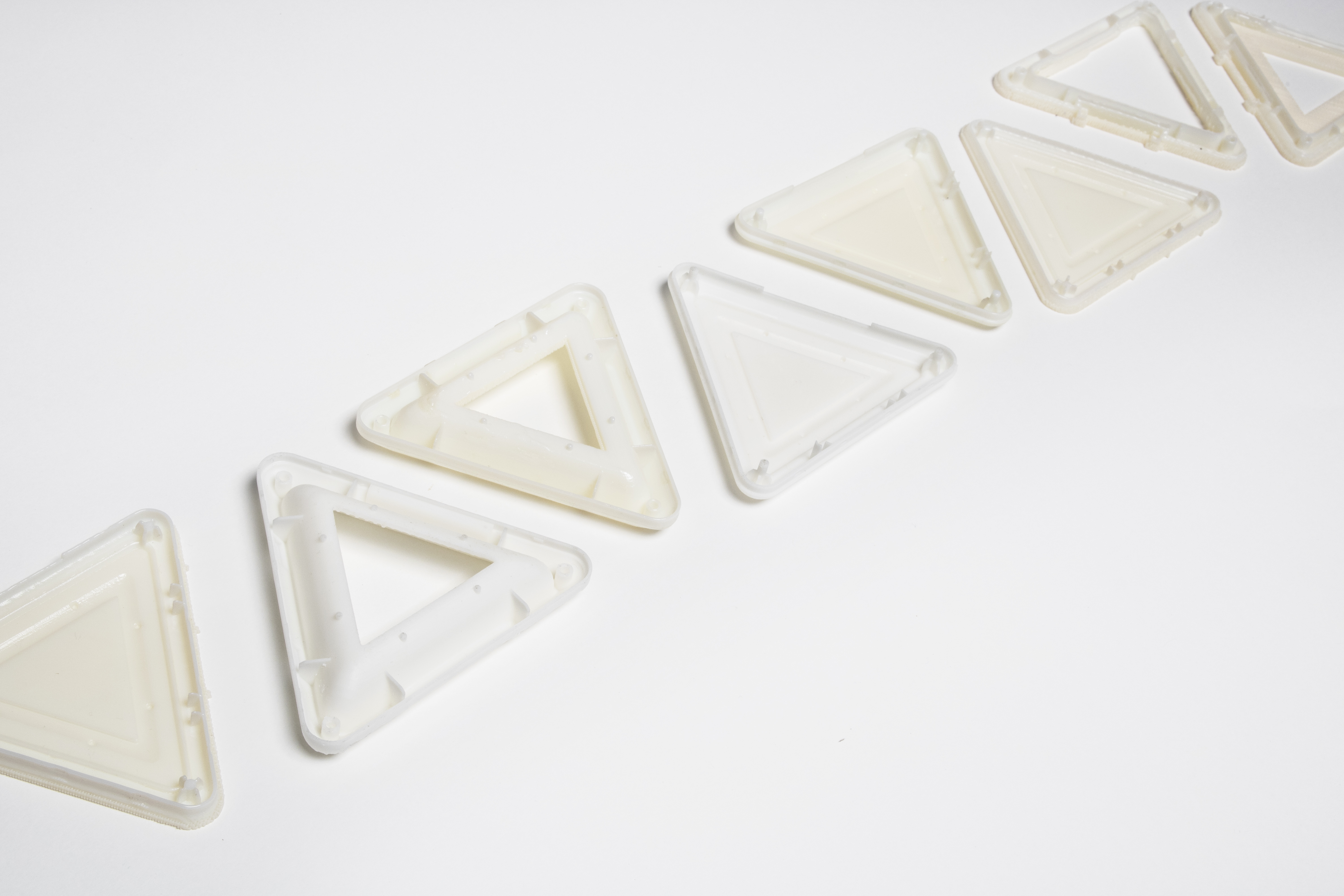 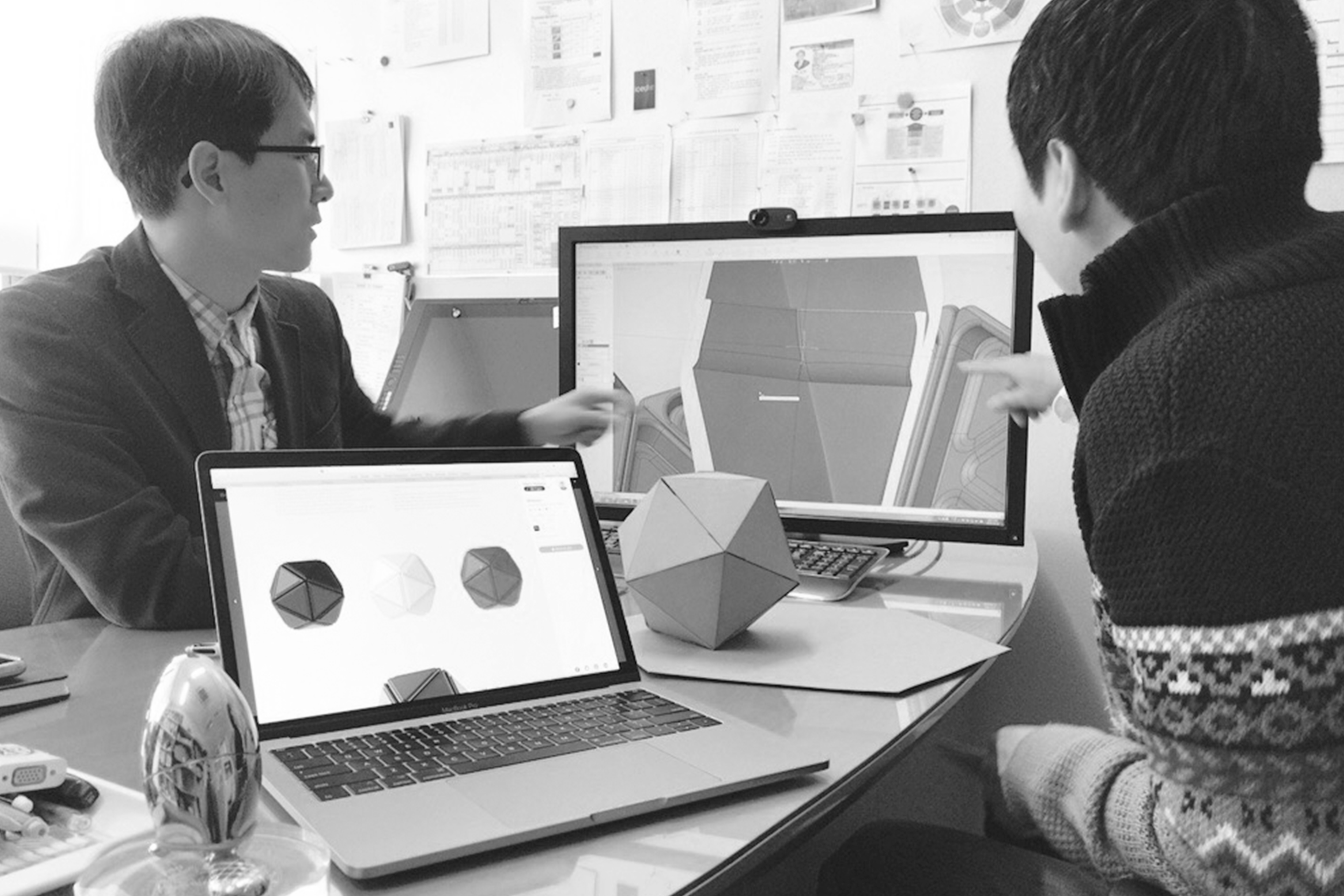 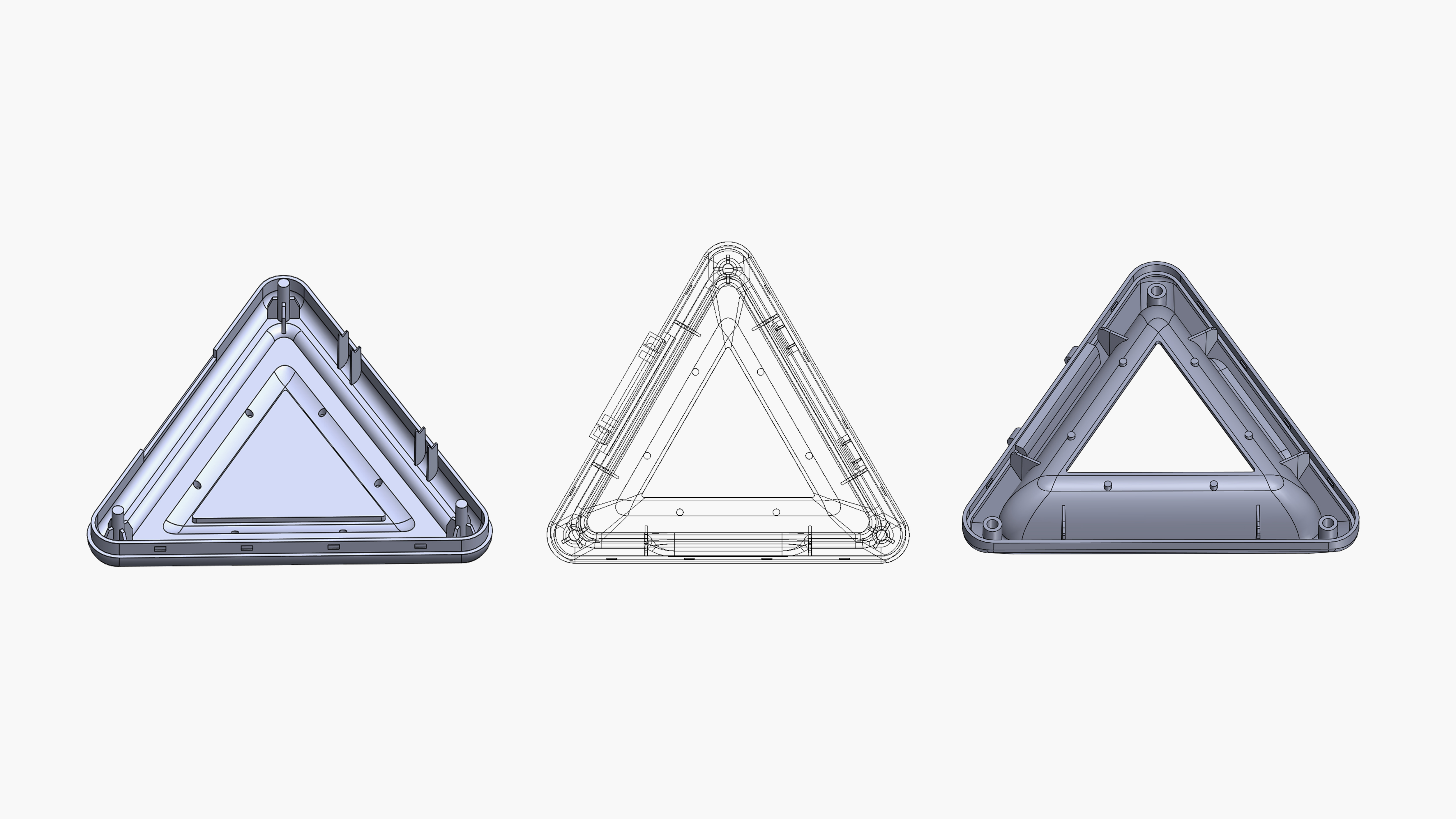 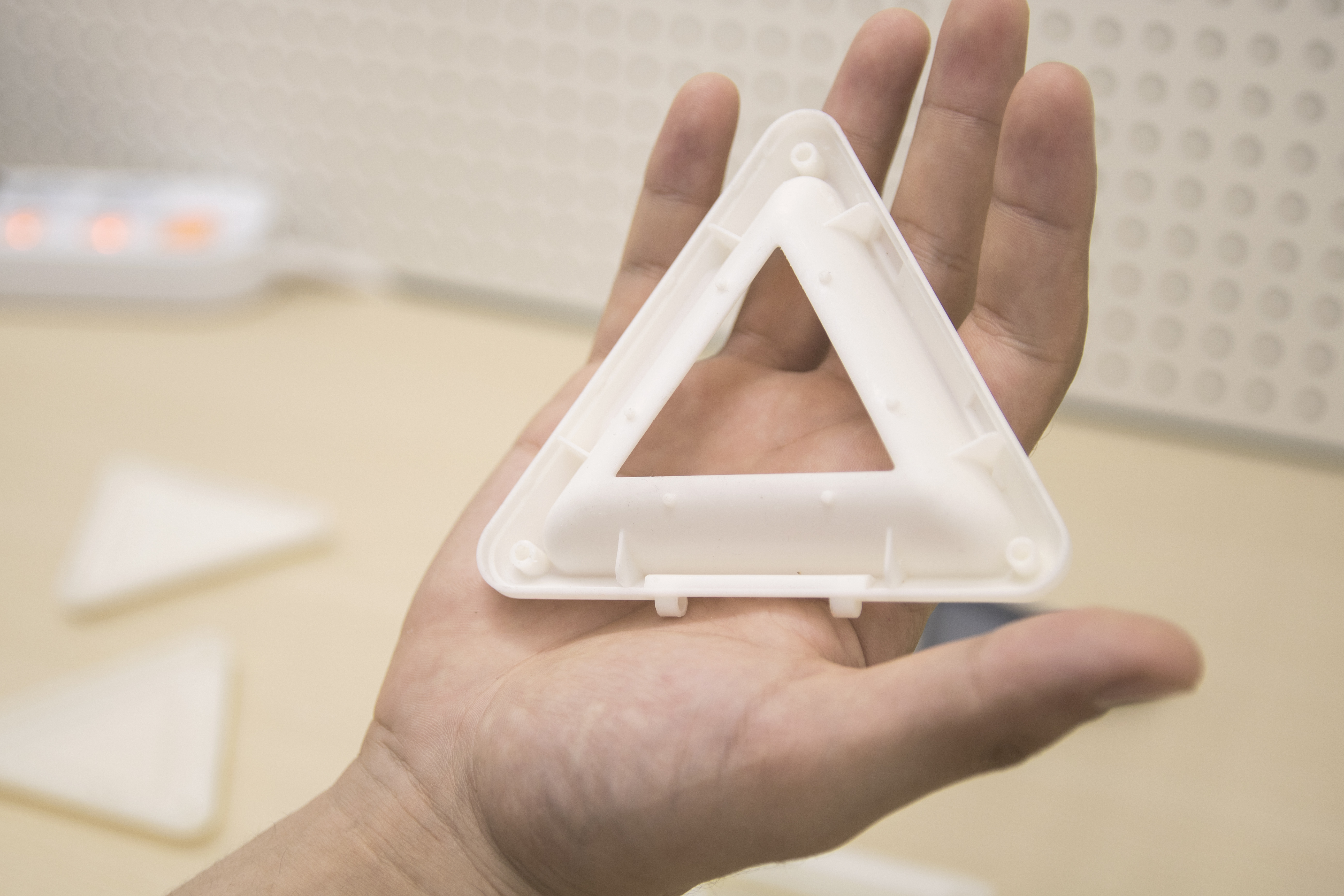 Toguz Korgool was awarded the Red Dot Design Award (Winner) in 2018 and has got a patent from the Korean Intellectual Property Office in 2019. 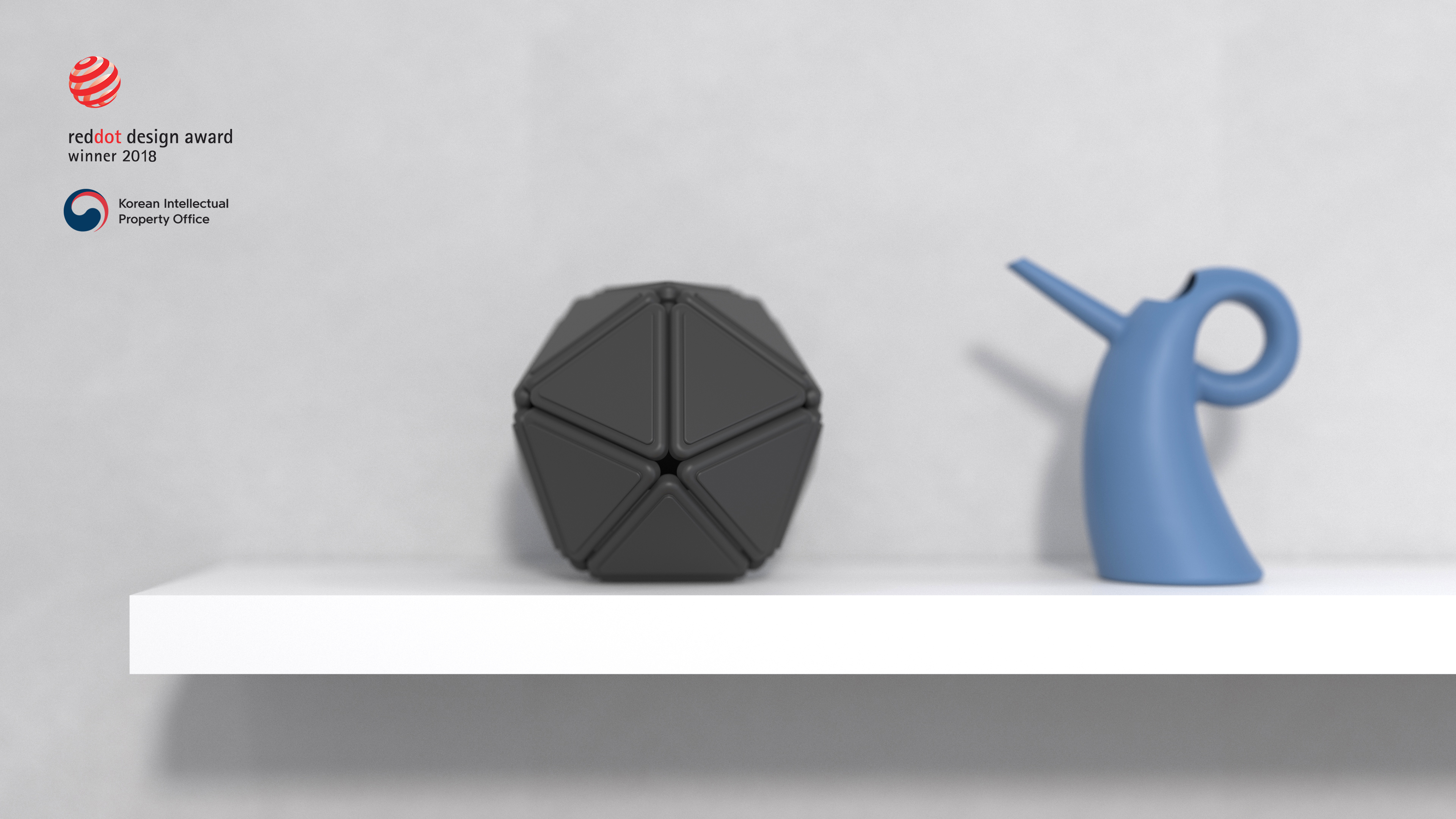